YouTube is rolling out a change impacting how videos appear on its platform. The company today announced a redesign that now splits video content into three different tabs on all channel pages — one for YouTube’s traditional long-form content, another for YouTube Shorts only and a third for Live videos, including past, current and upcoming livestreams.

The changes will allow users to more easily access the types of YouTube videos they want to watch — a move YouTube says it made based on user feedback. In an announcement, the company said it heard from viewers they wanted to be able to navigate to the kinds of content they were most interested in when exploring a creator’s channel page, leading to this makeover.

The update also means that Shorts content and Live streams will no longer be found in the main Videos tab on the channel page — something that could appeal to longtime YouTube viewers who haven’t appreciated the infiltration of YouTube’s short-form content into their favorite channel’s video feed in recent months.

However, for those who do like watching Shorts, the redesign gives YouTube a way to direct them to more short-form videos. Now, when users are watching Shorts videos in the Shorts feed in the main YouTube app, then navigate to the creator’s channel, they’ll be sent directly into this new Shorts tab to watch even more Shorts content. This could help YouTube boost its views for Shorts as those users will no longer be immediately lost to the creator’s long-form content, as before.

Initial feedback from users on Twitter responding to YouTube’s post about the changes has been positive, as users are expressing their appreciation for giving each type of content its own separate category. 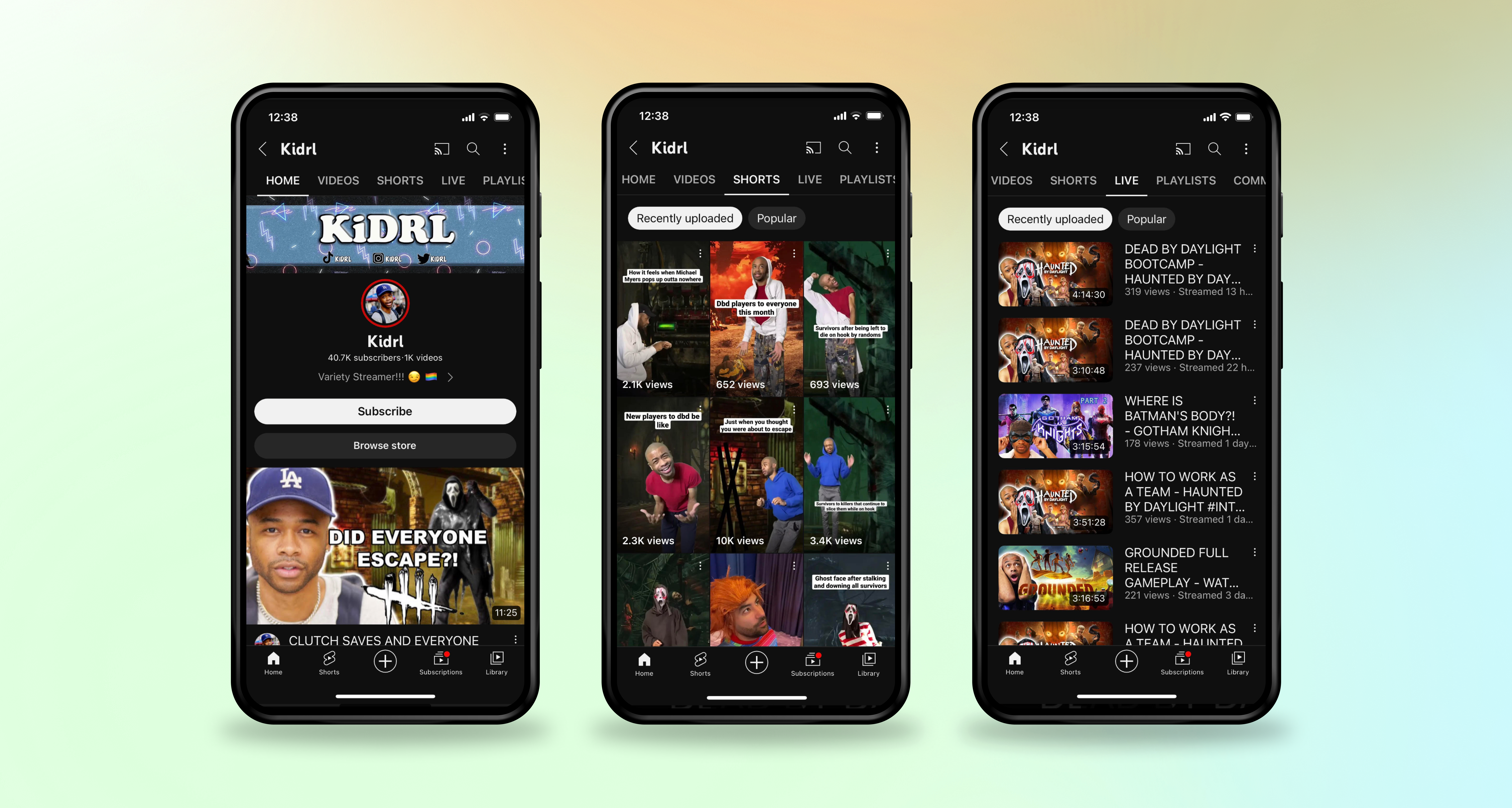 The redesign follows another major update to YouTube this month which introduced, at long last, YouTube handles in the @username format. These usernames will now allow creators to identify their channel and interact with their viewers across YouTube Shorts, channel pages, in video descriptions, in comments and more.

YouTube says the tabbed redesign is rolling out starting today and will be available to all users across all devices in the weeks ahead.