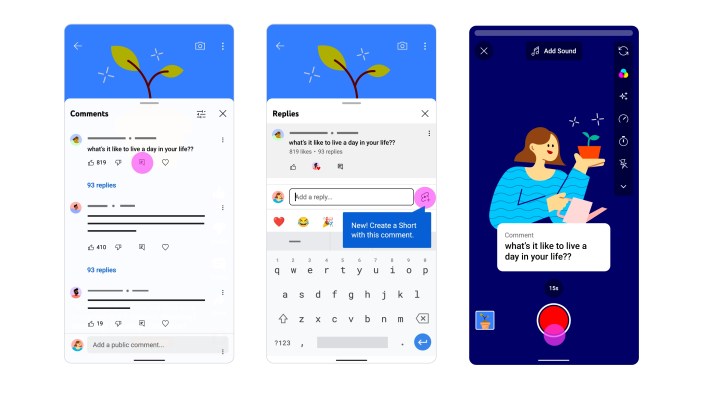 If one short video app has a feature, everyone else has to have it. That’s the rule. The latest episode in this trend is brought to us by YouTube, which introduced a feature for creators to reply to comments on their videos with new Shorts.

“Invite your audience to connect with you via this new feature by answering their questions in your Shorts, taking content requests, reacting to comments in your videos, and whatever else you come up with,” the company said in a post.

This could be pretty handy for creators who might want to respond to some fans’ comments on a video as a follow-up. Creating a short video to do so is easier and more informal than creating a full video.

Here’s how it works:

The feature is currently rolling out to all creators on iOS, with YouTube working on bringing it to Android soon. The company is also testing a function to notify fans if a creator features their comment in a Short.

YouTube is late to the “reply with a short video” party. TikTok introduced this feature back in 2020 and Instagram launched its own version called “Reels Visual Replies” last December.