With $42M fund, Bonfire Union wants to invest in web3 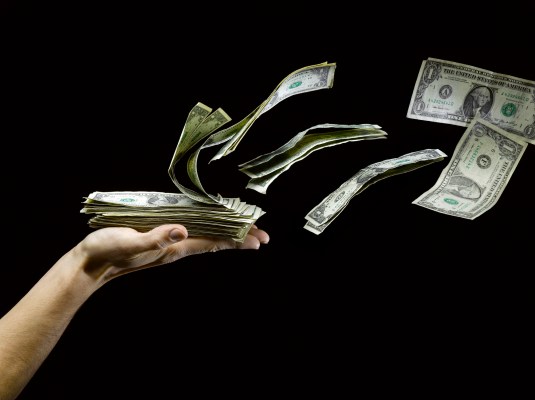 Mask Network, a Binance-backed startup that enables users to send cryptocurrencies and encrypted messages on established internet platforms like Twitter, has an ambitious goal: to become the corporate venture capital powerhouse in web3 as Tencent has done in Web 2.0.

To that end, the five-year-old company recently completed the first close of its venture investment arm called Bonfire Union. With a fresh $42 million in its coffer, the firm plans to invest in the “social ecosystem” of web3, a version of the internet built largely on blockchain that promises to be more decentralized.

The firm managed to attract a list of big names in the crypto world despite a gloomy outlook for the industry amid crashing token prices. A “significant portion” of Mask Network’s backers went on to become Bonfire Union’s investors, the investment firm says, without identifying them.

Mask’s past investors include cryptocurrency conglomerate Digital Currency Group; Sam Bankman-Fried’s Alameda Research; the world’s largest crypto exchange, Binance; one of the most active crypto VCs, Animoca Brands; Dapper Labs, the team behind CryptoKitties; Protocol Labs, the developer of the distributed file storage project Filecoin; and Arweave, a Coinbase- and a16z-backed company that wants to make data storage permanent, a tool that can, for instance, be used to battle censorship.

There are much bigger crypto funds out there. But Bonfire Union’s management team believes it can better relate to startups, having been entrepreneurs themselves.

Against the backdrop of the current “crypto winter,” Suji Yan, founder of Mask Network who’s also known for his online campaign against the overworking culture in China’s tech sector, admits that Bonfire Union might benefit from deals at a discount in the bear market. But at the same time, “investors need to have the guts to pull the trigger.”

In a bull market, Yan suggests, “investors are casting a wide net. A startup can easily move to the next funding round if its product isn’t too bad.” But in the bear market, “even if investors truly believe in a project, many will wait and see.”

Tencent’s investment strategy has inspired Mask Network. The Chinese internet giant is perhaps most famous for its super app WeChat; but symbiotic with this flagship product is its venture investment empire, which has funded more than 1,300 companies worldwide to date and earned it the moniker the “SoftBank of China.”

Tencent has a reputation for investing in areas where it falls short rather than trying to build everything itself. It takes a relatively hands-off approach toward its portfolio companies and helps them grow by sharing resources like web traffic — which in turn brings a greater return on investment for itself. One of its most successful tie-ups is with Pinduoduo, the Alibaba challenger that took off thanks to its deep integration with WeChat, which allows users to easily share product pages with friends.

Mask Network is the largest cornerstone investor in Bonfire Union following the close and will continue to inject capital through its treasury and co-investment by team members. The investment vehicle operates with a 10-person team across Singapore, China, Japan and the U.S.

Other limited partners in Bonfire include former and current executives at Qiming Ventures, Silicon Valley Bank and Fosun Group.

The article was updated to correct Bonfire Union’s investor list.