Twitter is expanding access to an opt-in feature that is designed to make its platform more accessible for people who use screen readers. The social network is rolling out an image description reminder to encourage more people to add descriptions to the photos they share. Twitter began testing the feature in July with 10% of users and is now rolling it out to everyone on the platform.

Twitter also notes that alt text is not only useful to people using screen readers, but to those in low-bandwidth areas, those with web phones and anyone else who wants to learn more about an image.

You can enable the new reminders by going into your settings and selecting “Accessibility” and then tapping the “Receive image description reminder” option. Once enabled, the feature sends you a prompt on web and mobile reminding you to add alt text when you’re about to tweet an image. The feature is designed to get you into the habit of adding alt text to every image you share on the platform to ensure that it’s accessible by all. 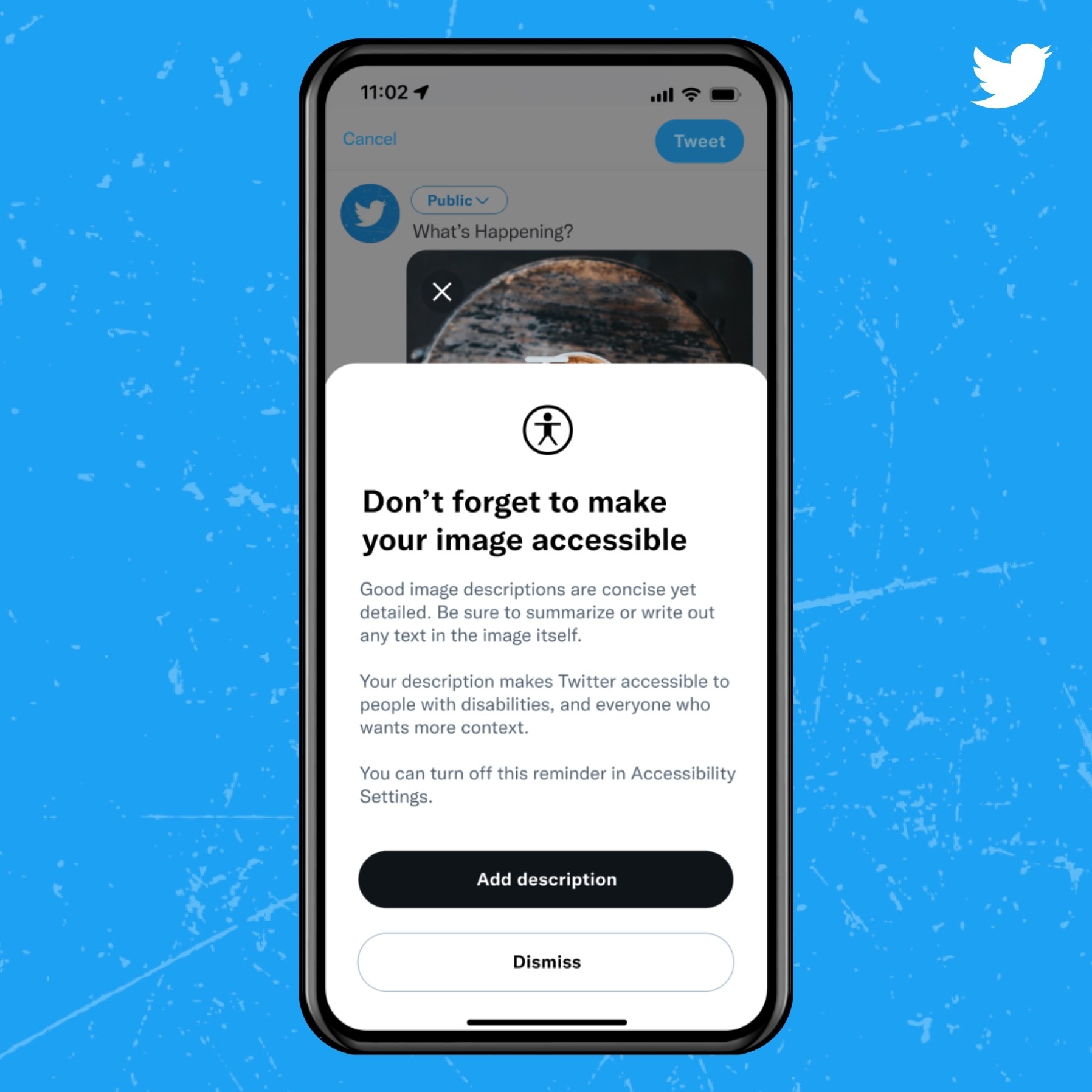 The social network says that it’s important to be succinct and objective when adding alt text. For example, if you’re uploading an image of a beach, you can write: “an empty beach at sunset with red, orange, purple, and blue colors in a cloudless sky. Palm trees are visible in the foreground.”

Images that have description will be uploaded with an “ALT” badge in the lower left corner to make it clear that additional descriptive text is available. As with tweet text translations, Twitter translates image descriptions to ensure they’re accessible to people around the world.

The launch of the alt text reminders come as Twitter rolled out its closed caption toggle to all users on iOS and Android a few months ago. The CC toggle appears in the top-right corner of a video that has captions available. You can then tap the button to turn captions on or off. Twitter added the toggle after it rolled out auto-generated captions on videos last December to make videos more accessible for deaf and hard-of-hearing users.