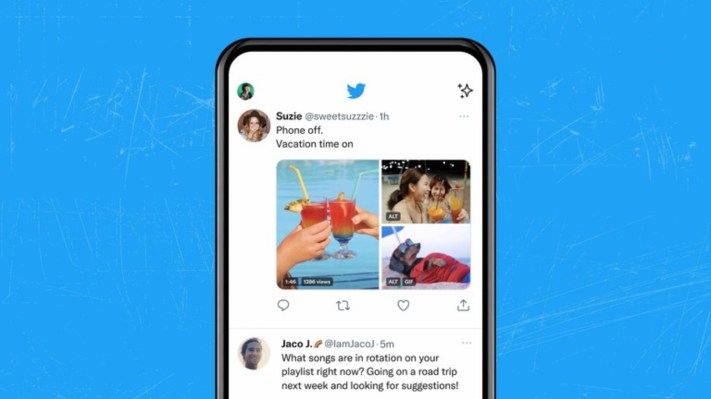 Twitter is now rolling out a new feature that lets users post images, videos and GIFs in a single tweet. Until now, the platform only allowed users to include only one type of media format in a post, for example, multiple images.

It’s fairly straightforward to create a mixed media tweet: go to the tweet composer and tap the photo icon or the GIF button, and it will now let you choose from different media formats.

Get ready to mix it up with visuals on Twitter.

You can now add a combination of media to your Tweet on Android and iOS. That means you can include a photo, GIF, and video (or two!) all in the same Tweet. Tap the photo icon in the Tweet composer to start mixing your media. pic.twitter.com/9D1cCzjtmI

“We’re always looking for new and exciting ways to help creators share more and be seen. Mixing different types of visual content together in a single Tweet allows creators to express themselves beyond 280 characters and gives them more ways to tell their story,” Twitter said in a blog post.

TechCrunch reported about Twitter’s initial mixed media test back in July. At that time, users couldn’t view these tweets on the desktop — but now, the company is making the feature available to everyone globally. Here are some examples of mixed media tweets; you’ll have to open them on Twitter to see multiple media.

It’s been a busy week for Twitter feature rollouts. The social network made the Edit Tweet button available for Twitter Blue subscribers in Australia, Canada and New Zealand. The company also expanded its Status feature with new options for tags like “Breaking news,” “Gaming,” “Pet of the day,” “Then and now,” “To whom it may concern,” “Twitter do your thing” and “Watching cricket.” Plus, Twitter is rolling out a new full-screen video interface to some users with TikTok-like vertical scrolling to jump between clips.

While all this was going on, Elon Musk made a U-turn earlier this week and said he aimed to complete the Twitter acquisition at a previously agreed price of $54.20 per share. The drama continues.