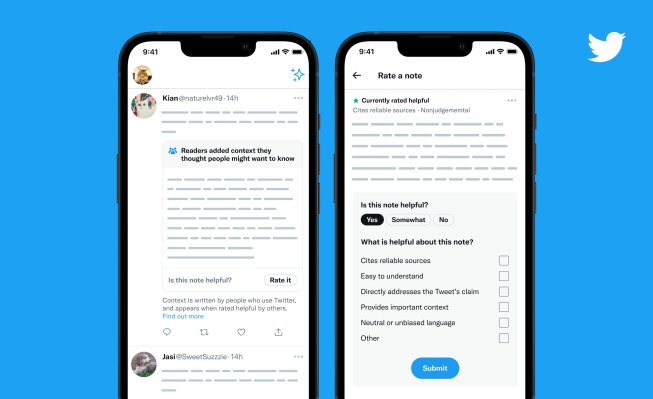 Twitter announced over the weekend that Community Notes are now visible around the world. Community Notes, which was previously known as Birdwatch, is the social media giant’s crowdsourced fact-checking system.

The feature allows users to add context to tweets and takes an open source approach toward debunking misinformation. Moderators who are part of the program can add notes to tweets to add context and users can then vote if they determine the context to be helpful. Prior to this global expansion, Community Notes were only visible to users in the U.S. Twitter plans to add moderators from other regions soon.

Beginning today, Community Notes are visible around the world 🌎🌍🌏

“People everywhere can now see and rate notes, helping to ensure notes are helpful to those from a wide range of views,” Twitter said in a tweet about the global launch.

A few weeks ago, Community Notes received an update that the company claims will help to identify more “low quality” fact checks. As a result, more of the contributors who write these unhelpful annotations will lose their writing ability, Twitter said, requiring those users to earn back their “contributor” status. The algorithm change involves scoring notes where contributors explain why a tweet shouldn’t be deemed misleading.

Birdwatch rebranded to “Community Notes” shortly after Elon Musk took ownership of Twitter and is something the new CEO sees as key to the future of Twitter’s moderation, as he believes it “is a gamechanger for improving accuracy on Twitter.” The original idea behind Community Notes was to create a system that would add a layer of fact-checking and context to tweets that don’t necessarily violate Twitter’s rules. But in the Musk era, Community Notes may play an even larger role as Twitter now employs far fewer moderators following its layoffs.