Mozilla acquires the team behind Pulse, an automated status updater for Slack • TechCrunch


Firefox developer Mozilla is making a rare foray into the world of mergers and acquisitions, with news that it has snapped up recently shuttered California-based productivity startup Pulse.

Terms of the deal haven’t been disclosed, but the deal is tantamount to an “acqui-hire,” with Mozilla looking to deploy the Pulse team across an array of machine learning (ML) projects.

“We’re acquiring Pulse for the incredible team they have built,” Mozilla chief product officer Steve Teixeira told TechCrunch. “As we look to continue to improve user experiences across all of our products, ML will be a core part of that.”

Founded out of Menlo Park in 2019, Pulse in its initial guise was a “virtual office” platform called Loop Team, but after honing the idea for a couple of years it pivoted and rebranded last November. Pulse, essentially, was an automated status-updating tool that used signals based on pre-configured integrations and preferences set by the user.

For example, users could synchronize Pulse with their calendar and Slack, setting rules to stipulate what their status and corresponding emoji should be based on keywords in their calendar event title. If their schedule for a particular time says “hair appointment” from 12-1 pm, then the person’s Slack status update might display a scissors emoji alongside the word “haircut.” Or, it might say “birthday” alongside a cake emoji if that’s what is in their calendar. 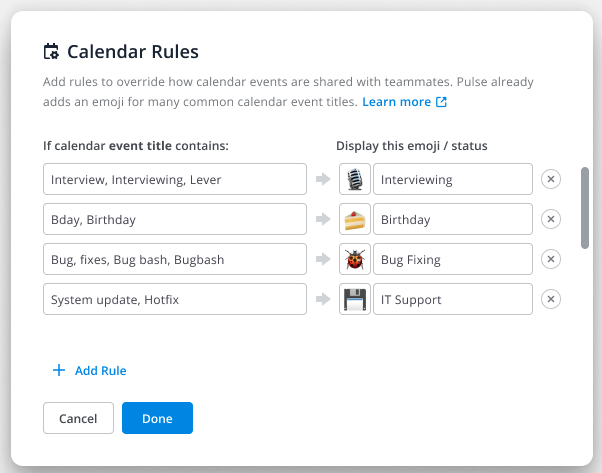 But Pulse sported myriad integrations with business tools that brought similar functionality. For example, users could link Pulse with Zoom, so that whenever they start a video meeting, a telephone emoji automatically displays in their Slack status to tell people they are unavailable.

Pulse had flown largely under the radar since it started rolling out to a small group of users last December, but the company had apparently garnered some fairly big-name customers, including Netflix and 1Password, with monthly premium plans starting at around $3 per user.

The company was among TechCrunch’s Battlefield 200 startups at TC Disrupt in October, and TechCrunch interviewed Pulse co-founder and CEO Raj Singh at the event for a potential future startup profile piece. Singh said at the time that it was planning to raise a seed round of funding early in the new year, something that obviously won’t be happening now. When quizzed on whether Pulse was more like a feature that the big tech platforms could just build themselves, rather than a sustainable business in its own right, Singh was adamant that Pulse could thrive as a standalone product. While he acknowledged that companies such as Microsoft or Google might well want to develop a similar automated status update tool for their own products, they were less incentivised to make it work well as an integrated feature that plays ball with various third-party tools.

Pulse was all about communicating things to colleagues around the world passively, regardless of what tools they were using or what timezone they’re in. This is particularly important with remote work becoming the norm, and Pulse was looking to find its niche at a time when workplace culture is rapidly changing.

“A lot of people actually want to update their status, but it’s tedious,” Singh told TechCrunch in October. “But there’s hundreds of signals, and the thing we realised was status is not just ‘availability,’ it’s actually a way to communicate empathy.”

While Pulse did have plans to expand beyond Slack into other workplace communication tools including, Microsoft Teams and Google Workspace, the company abruptly announced in late October that it was shutting down. In an email distributed to customers at the time, the company attributed this to “market conditions,” noting that it was finding it difficult to raise fresh capital — but it did confirm that it had found a buyer, the identity of which was unknown until today. Singh also said in the email that there was a chance that the buyer could resurrect Pulse in some form, but there is little indication that Mozilla has such a plan on its radar.

To the casual observer, Slack was probably the obvious contender to acquire Pulse. For starters, there is the fact that Pulse had been focused exclusively on Slack status updates. But on top of that, Singh had previously founded a smart calendar app called Tempo AI which he sold to Salesforce for an undisclosed sum in 2015.

Singh then joined Salesforce to help with the initial transition of Tempo AI’s technology into Salesforce’s Inbox app. And as we now know, Salesforce went on to acquire Slack in 2020, so with Singh’s connections to Salesforce and his product’s close alignment with Slack, there seemed like only one possible suitor here. 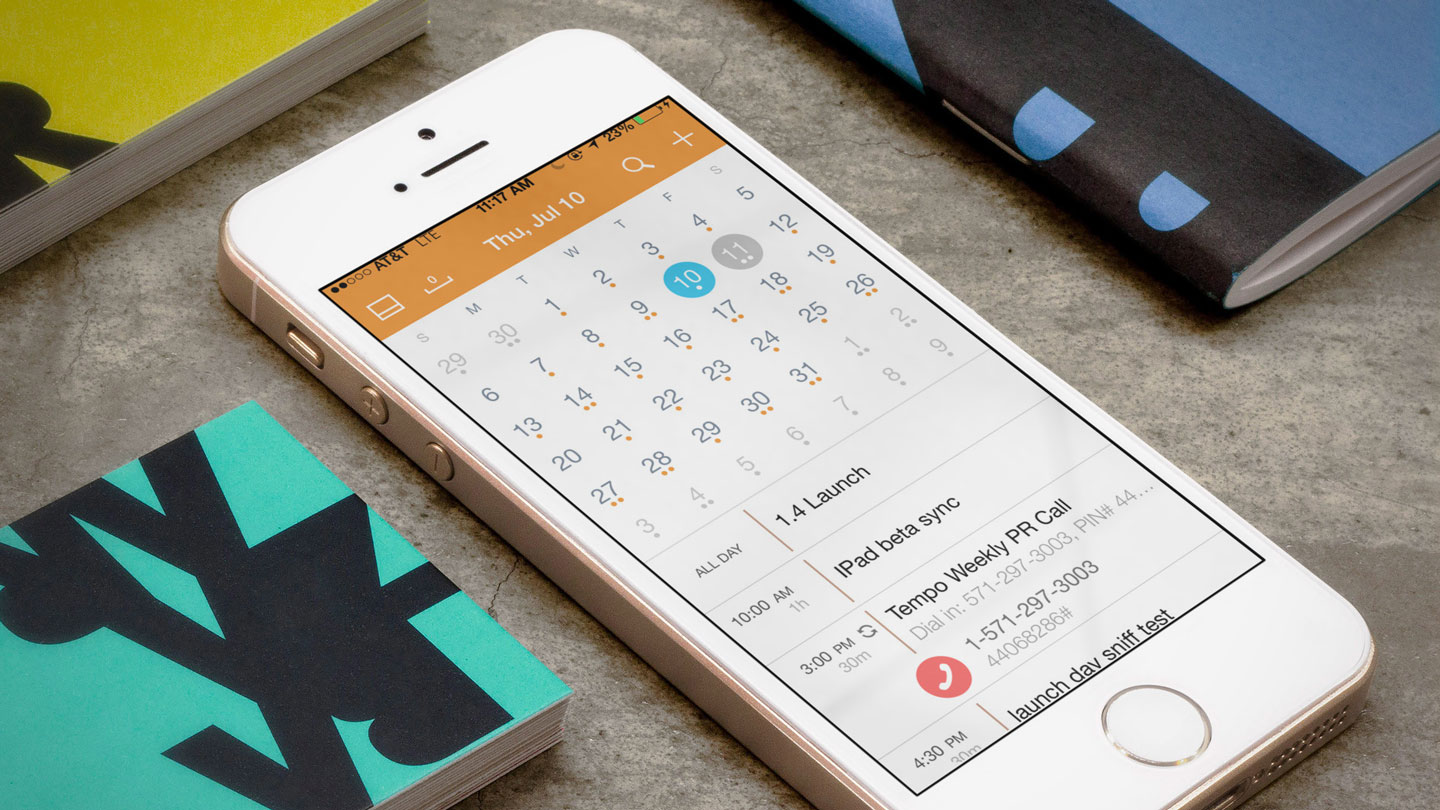 Alas, Slack hasn’t acquired Pulse — the Mozilla Corporation has. It is something of a surprise, if for no other reason than Mozilla isn’t renowned for its M&A endeavors, though it is starting to ramp up its investment efforts after launching its first venture capital fund last month. But its only known acquisition to date was back in 2017, when it snapped up Pocket, a popular read-it-later web-clipping service that Mozilla had already integrated into its Firefox browser two years previous.*

“Our strategy [with M&A] is pretty straightforward — we look for opportunities to bring on talent and technology that helps us improve experiences for our customers,” Teixeira said. “With Pulse, this is about supplementing the skillsets we have here already as a way to speed up our development efforts. We have a high bar for any acquisition, but if we find teams and technologies with incredible talent that share our mission and vision for the future of the internet, we are absolutely open to pursuing a transaction.”

As a side point, Pulse itself had been on something of an acquisition spree this year, buying rival status updating service Holopod back in January, followed by audio-based communications platform Commons in March. Then in May, news emerged that Pulse had acquired team communication startup Lounge.

As it happens, Pocket may be an early beneficiary of the Pulse acquisition. While Mozilla ultimately plans to deploy the Pulse team across various projects, Teixeira says that an early focus will be on using ML to improve personalization in Pocket, which presumably means in the form of content recommendations.

It’s worth noting that Mozilla has dabbled with ML a fair bit in the past, including experimental projects inside Firefox that recommend content to users, as well as tracking prices across myriad online stores. The company is also leveraging ML across various voice and speech projects.

“We see opportunity to use ML in virtually all of our products, including Firefox, as a foundation for improving the experience for all of our customers,” Teixeira said.

Mozilla hasn’t revealed how much it’s doling out for the startup, but Pulse had only raised around $4.7 million in pre-seed funding according to Crunchbase data, and given its difficulties in raising fresh capital, it’s safe to assume that Mozilla hasn’t broken the bank here.

What Mozilla is getting for its money is six people, including Pulse’s three founders Raj Singh, Jag Srawan and Rolf Rando, each bringing significant engineering, ML and product execution experience to Mozilla’s ML efforts. Singh actually created his previous startup Tempo AI as a project inside SRI International, the Stanford research institute responsible for Siri. He rejoined SRI as executive in residence (EIR) after leaving Salesforce, remaining there until founding Pulse (née Loop Team) nearly four years ago.

“In building Pulse, we enabled a variety of machine learning experiences to make distributed teams feel more connected,” Singh noted. “Finding ways to use AI and machine learning to simplify tasks for users is our passion.”

*After this article was published, news emerged that Mozilla had in fact announced another acquisition this week, its third ever, buying metaverse company Active Replica.