The recent collapse of UST has once again demonstrated that many of the so-called stablecoins in the web3 world today are tied to high-risk and often unsustainable assets. As decentralized finance attempts to expand its reach, it appears to be in dire need to find alternative sources of yields.

During the last DeFi summer, the yields on USDC across lending protocols ranged from 4%-6%, says Md Halim, founder of DeFi startup ZeFi. At times, the yields went as high as 9%.

“As the value of Bitcoin and Ethereum appreciated, the demand for loans against them skyrocketed, prompting higher yields. But now as we grapple with fear and uncertainty in the markets, lots of large funds/whales have suffered losses,” he said. “This has caused a cascading effect on players who loaned to them. The lenders in turn are liquidating their collateral to recoup the loans, leading to a further decline in the prices of BTC/ETH and other assets. That’s reflected in the contraction of TVL in DeFi procotols in terms of absolute units of assets locked.”

The message is clear: “If you’re a crypto person, you also need access to safer assets,” says Arun Devarajan, founder and chief executive of MoHash.

Devarajan’s startup, MoHash, is working to address this gap by tapping the real world’s yields. The startup is building a decentralized finance protocol that will tap global capital and liquidity for alternative assets in fast-growing economies.

“We are enabling access to fast-growing economies, and whose growth has meaning … it’s not tied to the fluctuations in the crypto market. Crypto has one great use case of trading, but it swings with the wind. There’s a lot more things you can do with the same infrastructure and we are trying to expand what it can do by bringing high-yield, regulated assets,” he said.

MoHash has been working to solve this challenge for a year and has assembled several experienced tech and finance individuals from firms such as Goldman Sachs, Amazon, Oliver Wyman, India Stack and Samsung.

The startup aims to begin doing transactions in the next few weeks and is targeting to serve institutional investors and high-net-worth individuals with check sizes typically above $1 million. “This solution has the potential to meaningfully bridge MSME funding gaps across the globe — starting with India,” said Ganesh Rengaswamy, co-founder and managing partner at Quona, in a statement. 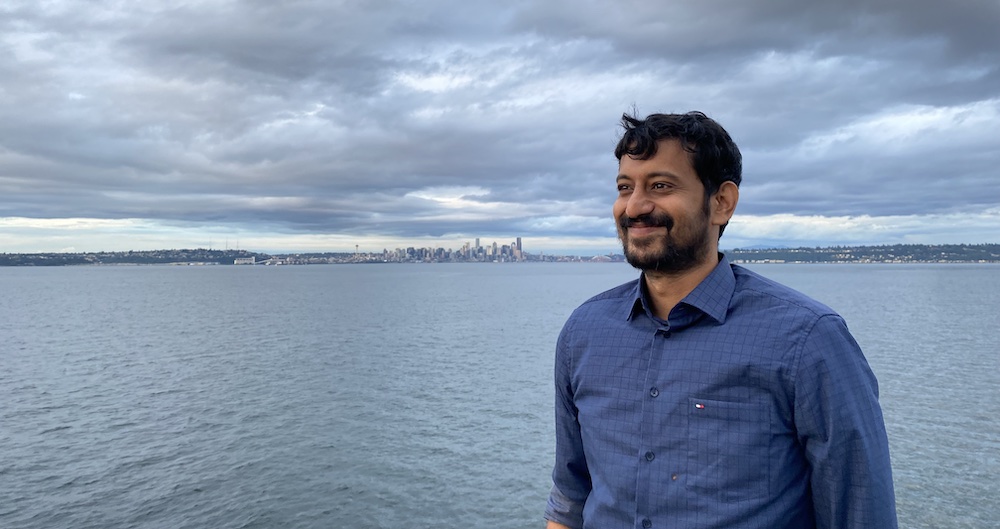 For Devarajan, MoHash is an opportunity to write atop of standards that can be used globally, he said. Devarajan previously worked at India Stack, a nonprofit that developed several infrastructure protocols including the UPI, which is now the most popular way Indians transact today.

“With OCEN (Open Credit Enablement Network, open standards to facilitate the various aspects of the lending value chain), we designed a system where Indian platforms were able to raise capital from Indian lenders. The single standard worked across the Indian market. At MoHash, we are writing atop a global standard on ERC20, and this standardization means we get access to global capital and liquidity,” he said.

The startup’s vision has already won some backing.

On Thursday, MoHash announced it has raised $6 million in seed funding. The round was led by Sequoia Capital India and Quona Capital. Ledger Prime, Jump Crypto, Hashed Ventures, Coinbase Ventures and CoinSwitch. Balaji Srinivasan and Polygon founders Sandeep Nailwal and Jaynti Kanani also participated in the round.

“We think that this is exactly the type of product DeFi needs — one that leverages the strengths of blockchains and helps solve a real-world problem. We’ve loved working with them over the past few months and Sequoia Capital India is thrilled to co-lead this financing.”