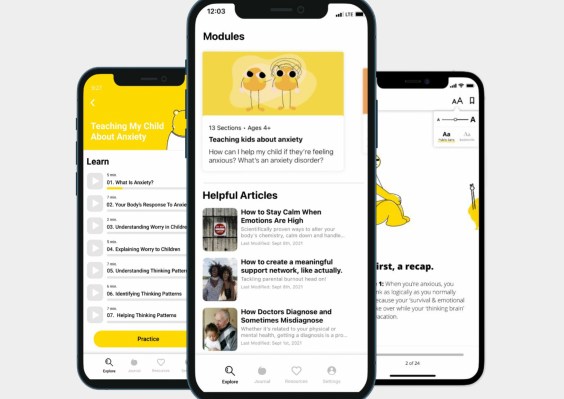 Maro has developed a platform that helps families and schools navigate tough conversations about mental health. The company, which exhibited as part of the Battlefield 200 at TechCrunch Disrupt, launched its first product, Maro Parents, in 2020. Now, the company is gearing up to launch Maro for Schools next week to help schools screen students for anxiety and depression, with parental consent.

Based in Tennessee, the startup was founded by Kenzie Butera Davis, who had originally planned to get Maro into schools to start helping children dealing with mental health issues. However, these plans were halted due to the start of the pandemic in 2020 as schools had to pivot online. Maro then decided to bring its platform into homes through the Maro for Parents app. Among other things, the app includes digital modules and an AI-powered bot to help parents discuss difficult topics with their children.

Although Maro for Schools is officially launching next week, the company says 350 schools have already signed up to screen 100,000 students across 40 states for anxiety and depression. The program will be accessible via an annual subscription fee, but the company did not disclose the price.

With the upcoming launch of Maro for Schools, the platform aims to provide teachers with accessible lesson plans around mental health. Maro for School also gives teachers access to resources regarding sex education, drug abuse and more. The platform also allows for streamlined communication between teachers and counselors, as teachers may be the first ones to detect if a child could benefit from help. If a counselor believes that a child requires additional care, Maro will connect them with referral partners who are doing virtual care.

Maro for School doesn’t conduct virtual care, instead its purpose is to identify at-risk children early and then connect them with virtual care teams.

“We’ve created a platform to screen children and then refer them to clinical teams that will facilitate and provide the care for the child,” Maro Chief Medical Officer Tariq Chaudry told TechCrunch. “We’re basically acting as a marketplace for pediatric development and mental health. We don’t want to be directly in therapy because we don’t want to dilute our company.”

The launch of Maro for School comes the same month that the U.S. Preventive Series Task Force had recommended screening for anxiety in children between the ages of 8-18.

Maro is in the midst of raising a $1.5 million pre-seed round and plans to use the investment to expand its current 11-person team and build out its product further. Maro anticipates closing the round within the next quarter.