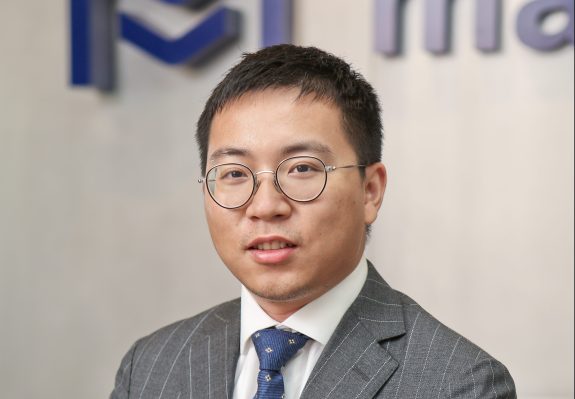 The collapse of Three Arrow Capital and the counterparties wrapped in the crypto hedge fund’s troubles have drawn questions about the soundness of the heady digital asset investment space. For the industry’s survivors, watching their rivals fall to pieces overnight has been an alarming experience.

To understand where the industry might be going after the market turmoil, we spoke with John Ge, chief executive officer at Matrixport, a Singapore-based digital asset manager with over $10 billion in assets under management and custody.

Ge was formerly the head of investment and financing as well as a founding partner at Bitmain, the world’s biggest maker of Bitcoin mining machines. Together with Bitmain’s co-founder and former CEO Jihan Wu, Ge co-founded Matrixport in 2018.

Three Arrow Capital, known as 3AC in the crypto community, was one of the world’s largest crypto hedge funds before its fall from grace. Its success was predicated on a risky strategy: it borrowed aggressively from crypto lenders and in turn invested that money in other crypto projects.

When cryptocurrency prices began to plummet earlier this year, the firm, as well as other similar outfits that bet on rising crypto prices, failed to repay their creditors and plunged into liquidation. The crypto market is down by $1.8 trillion since its peak in November, led by the slide in Bitcoin and Ethereum prices.

The recent market crash is “inevitable”, Ge says in an interview with TechCrunch. “The core issue is that we saw players whose business model is like a black box. They borrow money from investors without giving transparency over how the money will be used.”

“Even the most conservative investment strategy has risks and may result in losses, but the principle is to be transparent with your customers, not fraudulent, deceptive, or misleading,” the founder says.

Matrixport, which serves individuals as well as over 500 institutions across Asia, Europe and North America, was exposed to 3AC and has lodged a claim alongside other creditors. But Ge assures that the firm’s exposure is “relatively small” when compared to the exposure other industry players faced and is considered “minor” when compared relative to Matrixport’s equity.

As to how to restore investor confidence in the crypto sphere, Ge believes regulators are on the right track to bring more oversight over consumer-facing crypto products and protection for retail investors, as is the case in Singapore.

But it’s “unrealistic” to have regulators design risk control models for institution-focused asset managers. “The pace of regulations tends to fall behind that of industry development.”

Ge thinks investors have “lost a certain level of confidence” in the crypto market and the industry will take time to recover. On the other hand, he thinks competition has waned for survivors like Matrixport because “many of the other players are gone.”

Matrixport told Bloomberg last year that it planned to go public in three to five years and Ge said that plan “hasn’t changed.” It’s too early to say which market the company is floating its shares but the U.S. is a “likely” option given investors there are more “welcoming of crypto innovation.”