Government tends to struggle when it comes to keeping up with tech innovation. The past U.S. tax season that just wrapped up in April was particularly stressful for investors and the Internal Revenue Service (IRS) alike, as both struggled with the implications of 2021’s crypto investing boom.

The IRS, for its part, turned to Seattle, Washington-based startup ZenLedger for help. Since its founding in 2017, ZenLedger has managed to secure four contracts with the U.S. government worth just over $500,000, none of which are expected to expire, The New York Times reported. While $500,000 seems like a paltry sum for a federal agency, the contracts are significant in the small, hypercompetitive world of crypto tax prep startups. Heading into this year’s tax filing period, ZenLedger had raised just $11.5 million in its latest funding round — significantly less than competitors such as CoinTracker and TaxBit had in their coffers at the time.

Still, ZenLedger gained the trust of the U.S. government, and it’s been doubling down on that strategy ever since, its CEO and founder Pat Larsen told TechCrunch. The company announced today that it has taken in $15 million in fresh funding from investors through a Series B fundraise. 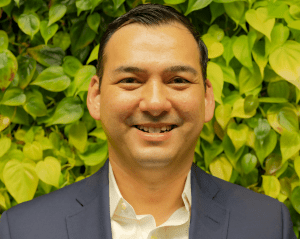 “We are moving ahead with more government contracting, which is interesting, because, basically, what we do is we build a plan for crypto. We have to ingest all the transactions from on-chain, off-chain, NFTs, decentralized exchange income, sales of NFTs, and clean that up and then report it out,” Larsen said. “That turns out to be extremely useful for an individual when you do accounting and tax. It also turns out to be very useful for accounting firms.”

ZenLedger’s historical focus on individual tax filers rather than enterprise contracts differentiates it in some ways from competitors like TaxBit too, Larsen said. Still, Larsen added that ZenLedger is used by “Big Four” accounting firms, ultra-high-net-worth tax practices and CPA firms.

As for other competitors like TokenTax and Koinly, Larsen said ZenLedger aims to win by building out more, and better, integrations. The company supports more than 500 exchanges, 50 blockchains and 40 DeFi protocols, including NFTs, it says. While Larsen didn’t share details on how much ZenLedger makes in revenue, he said that its revenue has grown 5x from last year.

The company announced it had hired multiple C-suite executives in April, including a CTO and CFO.

The latest funding comes about a month after ZenLedger landed in the spotlight because its former COO, Dan Hannum, was found by The New York Times to have misrepresented his educational and work credentials to the company itself, investors and the general public. ZenLedger found out about Hannum’s untruths well before the Times article went up and immediately fired Hannum, Larsen said.

In its April announcement, the company said it had hired Greg Adams, an army veteran with an MBA from Harvard, to serve as its new COO. Larsen said the situation with Hannum didn’t affect investors’ attitude toward the funding round, and that ZenLedger had already secured ParaFi as a lead investor before Hannum’s misdeeds were made public.

“Some investors can be pretty fickle, but we didn’t have low-conviction investors. We weren’t the super-hot deal where people just wanted to get in because Tiger Global is here or something,” Larsen said. “[Our investors] weren’t here just because other people were in. They were in because they really liked the team and the business. We weren’t any individual token that had some rug pull that just explodes the whole value proposition…nothing changed materially about the business.”