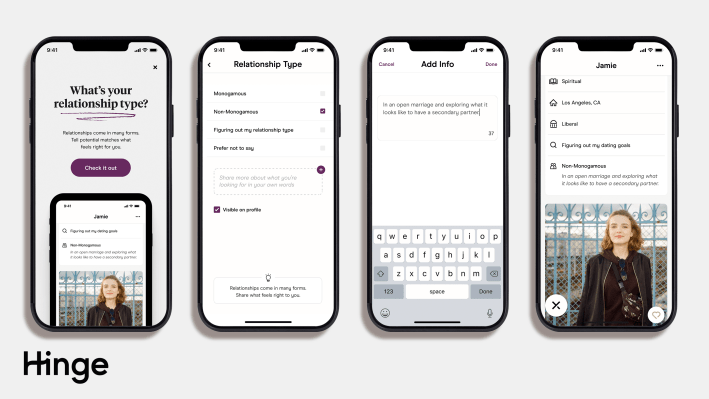 Today, Hinge rolled out a feature that allows users to add their “Relationship Type” to their profile, whether that be “monogamous,” “non-monogamous” or “figuring out my relationship type.” The update lets users express precisely what they’re looking for to more efficiently minimize unsuited matches.

“Relationship Type” is available globally for all Hinge users starting today. Note that adding the feature to Hinge profiles is optional. If a user chooses to add their type, it will be in the “virtues” section of a profile.

Like Hinge’s “Dating Intentions” profile feature, there’s a “Backstory” open-text option, so users can add more context about their relationship type. “Dating Intentions” launched over the summer and encourages users to select a dating goal like “long-term,” “short-term,” “life partner” or “figuring out my dating goals.” 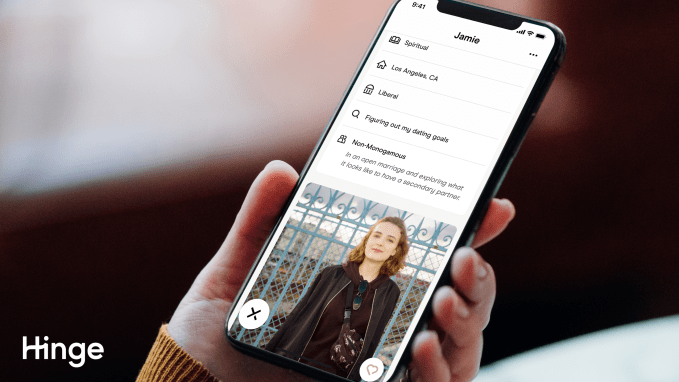 “Hinge is the place for all daters to find intentional and meaningful romantic connections, and I want it to enter a new era of dating where the word ‘relationship’ defies traditional and heteronormative meaning,” said Michelle Parsons, chief product officer at Hinge, in the announcement. “With the launch of Relationship Types, we are empowering users to openly share what kind of relationship they are looking for, and as a result, have a new way to know if someone’s dating goals match theirs from the moment they look at their profile.”

Some non-monogamous users have found it difficult to use Hinge and other traditional dating apps because it’s more difficult to narrow down these like-minded daters. While there are dating apps dedicated to non-monogamy, like Feeld, #Open, MoreThanOne and PolyFinda, Hinge is more well-known.

Cosmopolitan contributor and non-monogamy educator Gabrielle Smith noted just how hard it is for a non-monogamous person to find partners on dating apps.

“Dating apps aren’t the most conducive to finding partners as a non-monogamous person. It can be hard to sift through the noise and find partners who are on the same page. Plus, the dating pool can often feel tiny,” Smith wrote.

The “Relationship Type” feature will likely attract more non-monogamous users to the app.