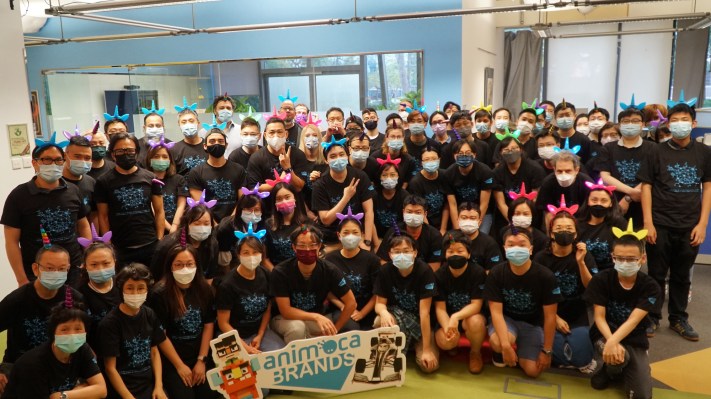 Animoca Brands, the Hong Kong-based gaming company and the investor behind web3 big names like The Sandbox, Sky Mavis, Dapper Labs and OpenSea, just got a talent boost.

Animoca, which got its start as a mobile games developer in 2014, has in recent years become one of the world’s most active web3 investors with a growing portfolio of over 300 companies — both centralized and decentralized. As the chief business officer, Lau will oversee Animoca’s portfolio companies, lead mergers and acquisitions, and work on business development, his profile says.

Internet insurance and the web3 world might seem to have little overlap, but Lau’s involvement in art — sitting on the board of Asia-based projects for Tate and Guggenheim Museum — could serve Animoca well as the art industry has been keen to embrace the metaverse and NFTs. Lau’s experience of running a consumer internet platform with over 100 million registered users at WeSure could also lend itself to managing a large portfolio of startups.

“We are excited to have Alan join the Animoca Brands family at this pivotal moment of the company’s development,” Evan Auyang, president of Animoca Brands, said in a statement.

“Alan brings to us both the depth and breadth of business experience from Tencent WeSure, where he built the business from the ground up, as well as nearly two decades of experience at McKinsey. He provides valuable perspective and expertise as we look to further synergize our portfolio of over 340 investments.”

Lau isn’t the only Tencent veteran that has made the switch to web3. Benny Ho, who was previously inking investment deals for Tencent’s gaming unit, is now a head of business development at Animoca.

With over 700 employees worldwide, Animoca Brands jumped past $5 billion in valuation after its $360 million funding round that was announced in January. As of April, its portfolio was valued at over $1.5 billion across 340 investments, according to its financial report, and its balance sheet had $98 million in cash and $211 million worth of digital assets holdings at the time.