Crypto-savvy developers are in short supply these days. Blockchain startups and protocols are fighting to onboard and train more engineers — an even tougher undertaking in a world where developing on Ethereum vs. Solana vs. Polkadot vs. another blockchain can require completely different programming skill sets.

Encode runs workshops, bootcamps and hackathons both online and in-person across the globe with the goal of providing a recruitment pipeline for its long-term partners, which it says include some of the most active blockchain protocols — Avalanche, Polkadot, Solana and Polygon, to name a few. The company is chain-agnostic in its training, teaching a wide range of programming languages applicable in crypto, including Solidity and Rust, Beaumont said. 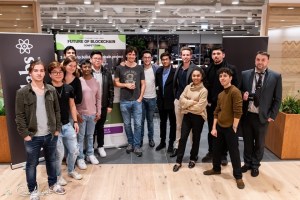 Encode’s partners pay the company to make hires directly from its talent pool, Beaumont said. Some also sponsor events that Encode organizes and runs. The startup, which employs 15 people, made $2 million in revenue last year, mainly through six and seven-figure recruitment deals with companies in web3, according to Beaumont.

More than 60 venture-funded blockchain startups, including NFT project 0xmons and Paradigm-backed DeFi protocol Euler Finance, have had their founders participate in Encode’s programs. Although the company is profitable, Beaumont says, it just raised $5 million in seed funding from investors.

Lemniscap and Galaxy Digital led the round alongside Dragonfly Ventures, Folius Ventures, not3Lau Capital, Ascensive Assets, and angel investors including SolBigBrain, Stefan George from Gnosis, Jordan and Kain Warwick from Synthetix, Anton Bukov from 1inch, and Jason Choi, according to Encode.

“We’ve been honestly just overwhelmed for demand for our services, from doing events with us training developers, hackathons and boot camps. Recruitment is a big thing for us these days that we just want to scale up as fast as possible, and fundraising was the way to do that,” Beaumont said.

More than half of participants in Encode’s coding bootcamps, most of whom are experienced web2 programmers looking to pivot into web3, land jobs in crypto upon completion, Beaumont estimated. In contrast, Insider reported that leading coding bootcamp Lambda School has a 30% placement rate — far below what the company officially advertises. 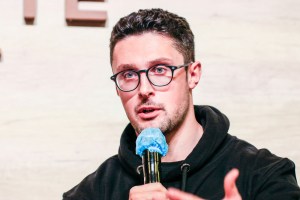 Part of Encode’s success, Beaumont said, is due to the fact that it screens prospective bootcamp participants to ensure its students are well-equipped to benefit from its programming.

“We are doing a kind of in-depth interview and filtering process, despite the scale [of the program],” Beaumont said.

Post-program, the Encode team continues to track student outcomes so it can be effective in matching its students with job opportunities, Beaumont added.

“If you go through our program, we kind of have your genome map. We’ve tracked every event you’ve ever done. We will know everything about you, from your GitHub to your LinkedIn to any hackathon project you’ve ever done, so we can really spot talents, give them the attention they need, and then make sure they have a good time and that they go on to achieve great things,” Beaumont said.