Bitcoin prices have continued to hold near $20,000 this past week, but some miners are crumbling as spiking energy prices and historically low hash prices cut into profits.

Even though bitcoin’s price has been down for a while and has fallen about 56% year to date, the dominoes just began to fall for bitcoin miners. What’s driving the implosion?

“There are a lot of different issues in motion. Obviously the global recession is looming, on top of inflation and rising prices of electricity,” Christopher Perceptions, founder of PerceptForm and CEO of NoCodeClarity (no-code web3 apps), told TechCrunch.

Hash price is a metric to determine the market value for each unit of hashing power, which is set through changes in bitcoin mining difficulty (which is currently high) and the price of the cryptocurrency. 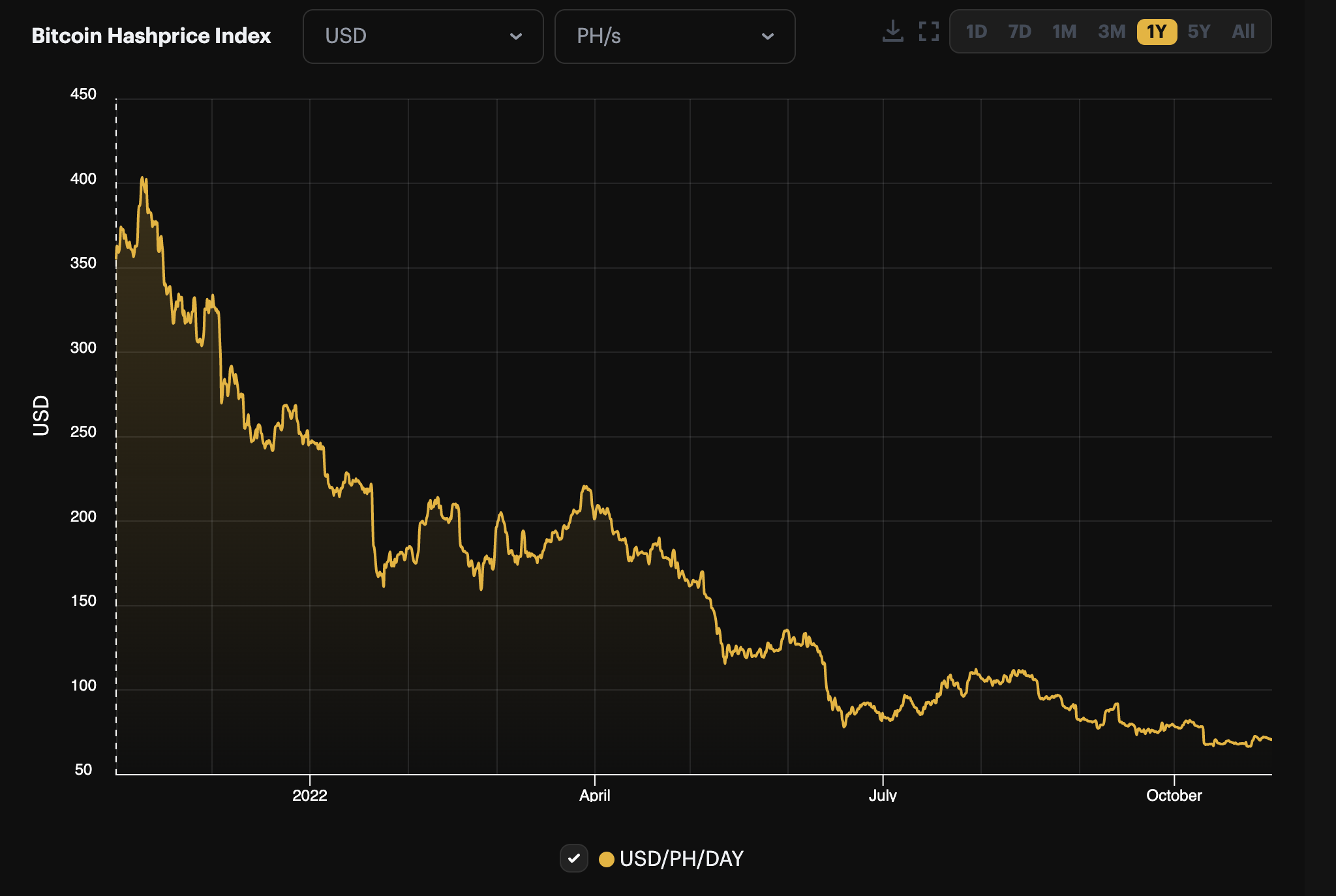 The hash price is near a historical low, according to data on Hashrate Index, Luxor’s bitcoin mining data analytics. The current hash price is about $70.72, down 80.5% from $361.82 on the year-ago date.

Additionally, energy prices have increased across many markets, which means miners’ expenses are at all-time highs, Hansen said.

At a high level, the higher the hash rate the greater the difficulty to mine bitcoin — meaning that it takes more electricity to do so, Perceptions said. “If the electricity price is high, it’s harder to make a profit.”