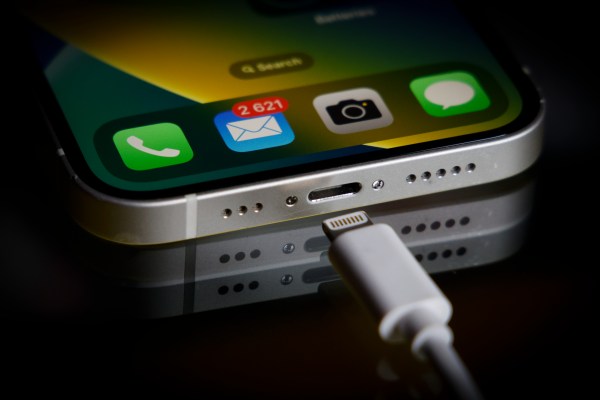 There has been a lot of consumer demand and regulatory push on Apple to change the iPhone’s charging port from the lightning connector to USB-C. Earlier this month, the European Parliament voted in favor of the legislation that mandated phonemakers to adopt USB-C connectors from 2024 — increasing pressure on the tech giant to make the switch.

Greg Joswiak, Apple’s senior vice president of marketing, confirmed on Tuesday that the company will comply with EU’s ruling, but stopped short of sharing any other detail.

Speaking at Wall Street Journal’s WSJ Tech Live event, Joswiak didn’t seem pleased with how governments across the world are approaching this issue. A decade ago when the EU was pushing for micro USB connectors the firm had a disagreement with them, he said. While the regulatory body’s aim was to reduce the type of power adaptors consumers were using to make it easier on them, Apple approached the problem differently, he mentioned.

” … we got to a better place which is power adapters with detachable cables. All of them being USB-A or USB-C and you choose the cable which is appropriate for your device. That allowed over a billion people to have that (lightning) connector and to be able to use what they have already and not be disrupted and cause a bunch of e-waste,” Joswiak said.

The EU is not the only region pushing for a common charger for mobile phones. In June, Democratic senators including Bernie Sanders, Elizabeth Warren and Ed Markey sent an open letter to Commerce Secretary Gina Raimondo pushing the U.S. to follow the EU’s steps. Other countries like Brazil and India are considering a common connector rule.