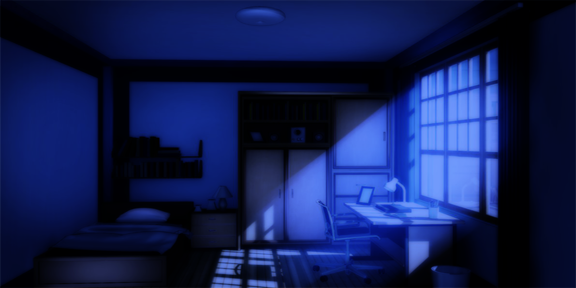 The following story is based on my personal experience during my High-school days.

As far as I remember, it was a hot and humid day. My summer holidays had just started so I didn’t have anything to do. I was lying on my bed, taking a good nap thanks to the new air-con.

When I woke up, I realized that I was still half-asleep, but then something erratic happened. I came to realize that I was not able to move my body! I’ve never had any paranormal experience, but during those days I did experience sleep-paralysis frequently,so I had gotten used to them.

This time it happened during broad daylight, so there was no chance I was getting scared.

However, this sleep-paralysis didn’t look like going away even when a lot of minutes passed. I sensed something strange.

The futon, which was covering me, started slithering down my bed.

“What the hell is happening here? Why is it moving down slowly? If it were moving because of gravity, shouldn’t it fall down quickly? “

“Someone is definitely here. I’m screwed!!” I could think of nothing but that.

I had already shut my eyes close because of the fear.

I heard a thud sound as the futon collided with the floor. 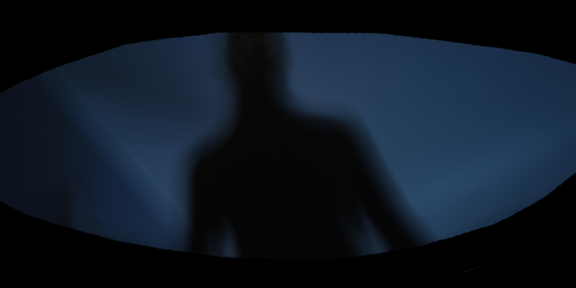 I sensed a presence near my bed. Even with my eyes closed, I could sense something near me.

Immediately after that I felt someone’s heavy breathing near my ears.

I told myself to not open my eyes in any case.

God knows how much time had passed when my sleep-paralysis went away, I was just relieved that I saw no signs of anybody in that room when I opened my eyes.

The futon was lying on the floor. I was soaked with sweat even with the air-con on.

I decided to quickly get out of the room. I was feeling hungry and also wanted some company so I headed straight to my parents, who lived on the ground floor.

I wanted to talk about the creepy thing with my parents but decided not to as it sounded quite absurd; therefore I left the house after having food.

After that, I decided to pay a visit to my friend who lived nearby. I told him everything about my creepy experience; he didn’t believe it of course, but still he decided to listen to it carefully to make me happy. He took me to Karaoke and Bowling to get my mind off the incident.

At around 12 in the night, we decided to call it a day and head our homes. By this time, I had completely forgotten about the creepy thing that happened in the afternoon.

I went to my house, had a reposeful bath, and headed straight to my room. When I entered that room, the memories of this afternoon came flooding back into my mind, but I reassured myself and dropped myself on the bed.

I couldn’t sleep. I rolled from one side of the bed to other, trying to fall asleep. Somehow or the other I did fall asleep but when I thought I did, I was awoken by the same feeling…the feeling of sleep paralysis.

The whole room echoed with the heavy sounds that repeated in succession. Who, or what was making those sounds…

The creepy noises didn’t look like stopping. The only thing I could figure out was that the sounds were coming from beyond the wall of my room.

It sounded as if somebody was banging on my wall really hard!

I wanted to call my parents for help, but of course, my voice didn’t come out.

When I came to my senses, it was already morning. It looked like I had fainted at some point during the whole ordeal.

I descended the stairs and headed towards my parents. “Did you bang on my wall yesterday night?”

“No, why would we do that? More importantly, the old grandpa who lived in the neighboring house has passed away. Get ready as we have to go and pay him the respects.”

I was getting goosebumps at this point.

I told my dad everything that I had experienced since yesterday.

“That’s really strange” he didn’t say anything after that.

Recently, my friend had come to have dinner with us. During the dinner, the conversation somehow ended up being about my experience on that day. My mom then told us this:

“Before we moved in this house, there used to be a family of 4 who lived here. Among the members, there were the siblings who frequently went to the old grandpa’s house to play. The old grandpa didn’t have grandchildren of his own, so he considered those siblings just like his own grandchildren.
But one day, the family had to move to some other house; and therefore, the siblings and old grandpa were heartbroken by that.

After that, the house was empty for a whole year until we moved in. By the time we move in, the old grandpa was already ill and had been hospitalized.”

Ah, that’s why I never saw the old grandpa whenever I greeted the neighbors.

“Don’t you think the old grandpa probably wanted to say his final goodbye to siblings.” My mother mused.

I also think the same.